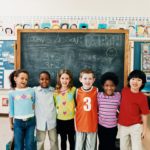 This past May, Legal Council collaborated with Rep. Fred Crespo to pass an amendment to SB 454, amending the Illinois school code. This amendment strengthens the Chicago Public Schools special education process by allowing parents to become equal team members in the involvement of their child's education plan. On May 31st the bill passed both the House and the Senate.

Chicago Public Schools have been in hot water: This bill follows a lengthy Illinois State Board of Education investigation into Chicago Public Schools' special education practices. Back in October 2017, a report from W.B.E.Z found that C.P.S overhauled special education and relied on a "secret" set of guidelines "“that resulted in limiting services for special education students, services like busing, one-on-one aides, and summer school.” Since this report, Legal Council has led groups of parents, students, and advocates in calling for the State Board investigation, in collecting independent research on the delays and denials in services, and in proposing solutions to the public inquiry team. With the signing of SB 454--now Public Act 100-0993--Legal Council continues its quest to ensure C.P.S is held accountable for its actions.

More than 2,200 people responded to a survey produced by Legal Council and other advocates; respondents include teachers, parents, and school administrators.

With the help of the voices of parents, students, and teachers, Legal Council children & family advocates and Rep. Crespo helped current and future families of Special Education students.

For updates on other advocacy initiatives and to learn how you can help protect care and services in Illinois, check back in on our blog and follow us on Twitter @thelegalcouncil.