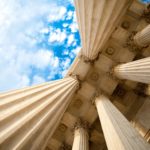 May was a busy month for the legal experts here at Legal Council for Health Justice. When we weren't serving and empowering low-income people with chronic illnesses or disabilities at over a dozen on-site clinics across the city, or suing the State of Illinois on behalf of thousands of Illinoisans wrongfully delayed or denied Medicaid coverage, OR leading advocacy efforts in the State Board of Education investigation into C.P.S' special education program and procedural violations, our team was hard at work advocating for numerous policies across the State. Collaborative leadership with our phenomenal community partners made these legislative victories possible:

Stay tuned for updates on these bills and other advocacy initiatives, and to learn how you can help protect the care for Illinoisans!