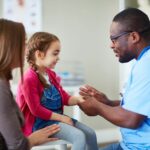 Despite a good economy and low unemployment rate, data released by the Census Bureau last week shows approximately 27.5 million Americans don’t have health insurance. This is the first increase in the number of uninsured Americans in 10 years. The Census found that 8.5% of the population went without coverage last year, up from 7.9% in 2017.

Since the passing of the Affordable Care Act (ACA), the country has seen a steady decrease in the number of those uninsured. It’s worth noting that this decade-long streak ended after many acts of sabotage towards repealing the ACA. Along with efforts made by Congress to repeal or destabilize the ACA, the Trump Administration cut the advertising budget last year for the ACA’s open enrollment period, resulting in 400,000 fewer people signing up for coverage.

But threats to the ACA are not the only possible contributing factor to the increase in the uninsured rate. The administration’s anti-immigrant rhetoric and reckless “public charge” rule—which would jeopardize the livelihood of immigrant families by denying green cards or citizenship to immigrants who use certain public assistance programs—is likely to blame for some of the larger drops. Coverage rates for immigrant communities dropped significantly, likely a result of the chilling effect from the proposed public charge, causing immigrant families to not enroll or withdraw from programs like Medicaid or CHIP, even if members of the family are citizens who are eligible.

This serious erosion of child health coverage is due in large part to the Trump Administration’s actions that have made health coverage harder to access and have deterred families from enrolling their eligible children in Medicaid and CHIP. The share of children in employer-sponsored insurance remained the same indicating that the strong economy isn’t compensating for children losing Medicaid/CHIP coverage.

Children hit hardest by coverage losses include Latino children, non-Hispanic White children and children under age six. This is clear evidence that the Administration’s rhetoric targeting immigrant families is harming children, but that’s not the only cause. More red tape, less outreach, and general neglect are contributing to this rise in uninsured children.

For young children, the group that saw one of the largest increases in uninsured, the earliest years of life are the most formative years, when access to health services is absolutely vital. Children are less likely to have their health care needs met if they don’t have coverage.

Americans deserve access to quality, affordable health coverage. The health and well-being of every community defines the success and well-being of the nation. For families and individuals earning low incomes, we should be doing more to make affordable health programs like Medicaid and CHIP more accessible, instead of adding even more requirements and bureaucratic red tape. And parents of immigrant or mixed-status families shouldn’t have to keep their eligible children from receiving the care they need to be healthy and thrive, out of fear of retaliation or deportation. This increase in those who are uninsured is inexcusable. If want to continue to grow and succeed, we have to put the nation’s health needs first.