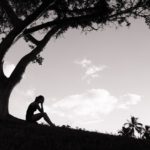 Back in September, Judge Brett Kavanaugh appeared on Capital Hill for his Supreme Court confirmation hearing. Last week, Kavanaugh was accused by a former classmate, Dr. Christine Blasey Ford, of sexually assaulting her at a high school party. The Kavanaugh hearing has encouraged a national dialogue about how America deals with sexual assault.

The number of sexual assault victims in this country is alarming: According to NSVRC, “91% of victims of rape and sexual assault are female, and nine percent are male.” Even though these numbers are extremely high, about 63% of these cases go unreported. There are many reasons why victims do not report their abuse:

An article from Quartz writes “People with a household income under $7,500 are 12 times more likely to report instances of sexual assault or rape than people with a household income over $75,000.” This implies that people living in poverty are most vulnerable to sexual assault. Perpetrators tend to attack men and women who are less likely to report their abuse. Low-income men and women have fewer resources, like health care or legal services, so they are likely to not say anything. A lot of the women that are scared to come out are undocumented immigrants and are worried that they could be reported to authorities. Emily Martin, general counsel and vice president for workplace justice at the National Women’s Law Center, is quoted in Quartz saying,”Our willingness to believe victims of harassment and violence is not extended to all victims equally.”

During the Kavanaugh hearing, Dr. Ford discussed what she has gone through mentally since the attack:

“Brett’s assault on me drastically altered my life. For a very long time, I was too afraid and ashamed to tell anyone the details….I did my best to suppress memories of the assault because recounting the details caused me to relive the experience, and caused panic attacks and anxiety.”

About 94% of women who are raped experience symptoms of PTSD and 70% experience moderate to severe distress. Even if the physical scars go away, the mental scars can last longer.

Men and women who have been abused are at risk of becoming depressed and could possibly stay in their homes all day. This could cause for him or her to loose their jobs. Due to some people not having enough resources to afford therapy, many people go un-diagnosed and/or have the wrong medication. Legal Council’s advocates are able to help people get access to the services they need.