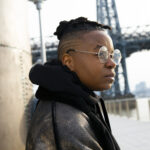 Preventing HIV transmission is deemed too ‘political’ for social media, according to a recent incident with Facebook and Instagram.

Social media sites have been placed squarely in the news with the growing controversy over their handling of political advertisements. Facebook has been the most notable culprit, as they have made it company policy to publish outright falsehoods under the reasoning that all words from politicians are equally valuable, even those that are lies.

But in the same week that Facebook co-founder Mark Zuckerberg defended this company policy in front of Congress, the social media platform rejected a New York health center’s advertisements promoting public awareness for PrEP. Pre-exposure prophylaxis, or PrEP, refers to taking daily medication to significantly reduce the risk of getting HIV. Truvada is an FDA-approved medication that is a part of the PrEP initiative.

The ads were part of a campaign to inform the public about the effectiveness of PrEP and Truvada. However, Facebook and Instagram’s ad verification processes rejected the ads under the claim that the platforms are “not authorized to run social issues, elections, or politics.”

Claiming PrEP and HIV prevention treatment is a social and political issue rather than a public health is unfounded, hurtful to the communities most affected by HIV, and hinders the fight to end the AIDS epidemic. Now questions arise regarding what part of the advertisements struck the moderators as being particularly political. Was it a basis that abstinence is the least controversial prophylactic (a statement that is in itself controversial) or was it a fundamental misunderstanding and implicit judgement surrounding who can and does live with HIV, and the means of which they contracted the virus?

Eventually the ads were allowed to run, although the health center had to go through an intensive verification process that included providing Facebook with U.S. government-issued IDs—a policy only required for entities advertising “social issues, elections, or politics.” The questions raised by the initial rejection still stand.  When issues of public health are weaponized as political flashpoints, we have all done a great disservice, and valuable, life-saving information only becomes more obscured.

In a time when queer men of color are at a higher risk of HIV infection, we should be doing more to promote public awareness in these communities, as this social media campaign intended to achieve. Instead, this incident initially blocked critical information and reinforced already prominent stigmas surrounding HIV. Prevention treatments like PrEP are absolutely essential in ending the transmission of HIV and ending the AIDS epidemic.

Learn more about PrEP and if its right for you.

Learn how Illinois is Getting to Zero in new HIV transmissions and people living with HIV who are not receiving treatment.