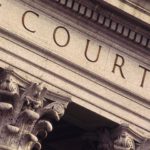 Patient advocates and other healthcare groups filed a lawsuit in federal court on Sept. 14 to block the Trump administration from "expanding the availability of short-term health plans that don’t offer a full set of benefits," according to a piece in the LA Times. The administration has been trying to diminish patient security brought by the Affordable Care Act since Trump was sworn in to office. Advocates are accusing Trump's Treasury, Labor, and Health and Human Services secretaries of endangering access to life-saving medical care for Americans.

“It will be more expensive, and perhaps impossible, for some individuals with preexisting conditions to obtain healthcare and health insurance coverage — undermining the purpose of, and congressional plan embodied in, the A.C.A,” the lawsuit argues.

Back in August, the Trump administration continued with their plan of expanding the availability of short-term plans, which Legal Council spent months advocating against for Illinoisans at risk of long-term debt and health risks. Republicans believe that insurance rules have increased premiums for consumers who do not get health coverage through their job or programs like Medicare or Medicaid. Last year, Republicans in Congress tried, unsuccessfully, to repeal the healthcare law. This new campaign will allow people with short-term plans to keep them for three years instead of three months.

The Trump administration has showcased this bill as what Health and Human Services Secretary Alex Azar called “a much more affordable option for millions of the forgotten men and women left out by the current system.” The opposing side believes that even though these short-term plans might cost less, they will not provide consumers the full coverage they will need if they get sick. Also, these short-term plans could possibly increase prices for citizens with pre-existing conditions who need more broad benefits.

A.C.A coverage aims to guarantee equal treatment for all consumers by making sure that health plans cover basic benefits like prescription drugs, mental health services and maternity care. But short-term plans undercut these protections. Some of the leading patient advocacy organizations that oppose this plan are the American Lung Assn., the American Heart Assn., the Cystic Fibrosis Foundation, the March of Dimes, the National Multiple Sclerosis Society, Susan G. Komen, A.A.R.P and the advocacy arm of the American Cancer Society.