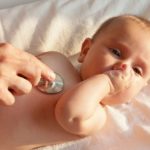 Since 2017, there has been an increase in the amount of uninsured kids in America. A new report shows a sharp national decline in children’s health insurance coverage through Medicaid and CHIP. Illinois experienced one of the largest decreases in enrollment. While children of families with low income aren’t enrolling in these programs, research shows these children aren’t finding health insurance elsewhere. Instead, they’re living without the care and services they need to be healthy and thrive. Learn more about this new report below and read Legal Council’s statement.

What is causing the enrollment decline?

What is happening in Illinois?

What can be done?