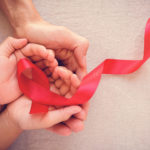 Since the beginning of the HIV epidemic, individuals living with HIV have faced countless acts of discrimination, violence, and unnecessary punishment based on their HIV status. Despite progress made on what we know about HIV and how we treat the virus, many Americans–including Illinoisans–still must face laws that criminalize HIV transmission. As longtime members of the HIV Decriminalization Coalition, Legal Council and our partners and allies are committed to ending HIV-based criminal prosecutions in Illinois.

Currently, the HIV Decriminalization Coalition leads ongoing efforts to fight a law that criminalizes people living with HIV who engage in unprotected sex. Current Illinois law states that “[a] person commits criminal transmission of HIV when he or she, with the specific intent to commit the offense,” engages in sexual activities without a condom, transfers blood or semen, or shares non-sterile needles, among other actions.

In prohibiting people living with HIV from donating, transferring, or providing blood and other “potentially infectious bodily fluids for transfusion, transplant, insemination, or administration to another” and prohibiting sharing of non-sterile needles,  people living with HIV could face three to seven years in prison and a $25,000 fine without actually transmitting HIV. That’s right—HIV transmission is not required for prosecution based on Illinois’ HIV laws.

Previously, Illinois State’s attorneys have prosecuted people with HIV under this law when there was no apparent risk of transmission because of effective HIV treatment, with some charges as recent as 2014 and 2016.. Advancements in medication have drastically changed the treatment of HIV from what it once was, and today those living with HIV can receive medications that suppress the virus and incapable of transmitting HIV sexually.

Members of the coalition committed to ending HIV-based criminal prosecutions in Illinois reached out to the offices of Attorney General Kwame Raoul and Cook County State’s Attorney Kim Foxx requesting their stances on HIV decriminalization and their interpretations of the law.

The plain language of the amended statute requires the specific intent to transmit HIV (720 ILCS 5/12-5.01), and this specific-intent requirement is consistent with the historical context and legislative history of the law. Nonetheless, some Illinois prosecutors are charging [people living with HIV] under the law without any evidence of their specific intent to transmit HIV. It is possible, for example, that state’s attorneys are filing charges based on the intent to perform the acts enumerated in the statute, e.g., engaging in sexual activity and not using a condom. Because choosing to take medications that essentially eliminate one’s ability to transmit HIV is antithetical to the intent to transmit HIV, proper interpretation of the law should prevent prosecutions of individuals who […] do not pose any real possibility of HIV transmission, as well as others who have no harmful intent. As the U.S. DOJ has recommended—and the Illinois legislature decided—the criminal law in this context should be reserved for situations in which the person living with HIV has an intent to harm another.

The coalition states that if the legislature meant someone with HIV must intend is to engage in sexual activity, to not use a condom, etc., then the statement would be redundant.

When they sent a letter to Cook County State’s Attorney Kim Foxx, her office stated they were not prosecuting criminal transmissions cases and offered no other input on the law.

In the letter to Attorney General Raoul, the coalition writes,

Rather than protect the public, HIV-specific criminal laws harm public health by discouraging individuals from getting tested for HIV and reducing the likelihood of disclosure to sexual or needle-sharing partners. Fearing prosecution, as well as stigma, some [people living with HIV] avoid learning their HIV status. These laws also increase stigma towards PLHIV by leading to inflammatory or ill-informed media coverage that may perpetuate misinformation regarding modes of HIV transmission, reveal a person’s sexual orientation or HIV status against their will, or play on harmful stereotypes.

There is no available evidence which shows HIV criminal laws have any significant effect on behavior, while there is evidence that HIV-specific criminal laws create more harm to our communities. Research shows these laws discourage HIV testing, enforce already prominent stigma around HIV, and foster racial and sex-based disparities with prosecutions that disproportionately affect women and Black and Latinx communities.

The criminalization of HIV hurts and further stigmatizes already marginalized communities. Legal Council denounces current Illinois HIV-specific criminal laws and urges Illinois leaders to make changes to the statute. Rather than continuing to hurt Illinois communities, Illinois should seize opportunities to educate those communities on HIV and prevention.

Stay tuned for updates from the HIV Decriminalization Coalition.