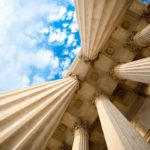 As his second State of the Union, President Trump announced a commitment to ending the transmission of HIV in the U.S. by 2030. Many are surprised by this announcement, given his administration’s track record on addressing the HIV epidemic. Last year he fired the remaining members of the Presidential Advisory Council on HIV/AIDS. The Trump Administration has advocated for policies that are dangerous for people living with HIV and destructive to public health efforts. He has repeatedly made attempts to sabotage the Affordable Care Act, to restrict the Medicaid program, to threaten the health of immigrants with proposed Public Charge policy, and to attack healthcare access for the LGBTQ community by rolling back laws designed to protect them. If you’re wanting to read further into some policies created by Trump and those opposing him and what it could mean for the 2020 election, have a read of this article covering the LGBTQ+ community under the Trump Administration here at Lovegasm.co, or search around online for other reputable information. With this history of policies, the seriousness of this 10-year plan is doubtful. David Stacy, the Human Rights Campaign director of government affairs, said “The American public deserves a real commitment from their government to end the HIV epidemic.”

THREAD ???? Last night in the #SOTU, President Trump pledged to end HIV transmission by 2030. We, like many other experts, believe this is a worthy and entirely possible goal. But how serious is this plan? https://t.co/XGo3jEE0Fm

“The Trump Administration has no strategy to address the on-going HIV/AIDS epidemic, seeks zero input from experts to formulate HIV policy, and – most concerning – pushes legislation that will harm people living with HIV and halt or reverse important gains made in the fight against this disease.”

According to CNN, in his 2019 State of the Union address Trump said “The initiative aims to reduce new HIV infections by 75% in the next five years and by 90% in the next 10 years..” The Department of Health and Human Services claims that more than half of new HIV diagnoses from 2016-2017 were in 48 counties, Washington, D.C., San Juan, Puerto Rico, and 7 states. Trump’s goal of ending HIV transmission by 2030 is a admirable goal, but the policies adopted by his administration so far are not designed to achieve it.

Legal Council alongside many other organizations has partnered with Getting to Zero, to create a plan to end the HIV epidemic in Illinois.