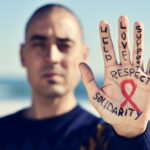 This story was originally published in Legal Council’s 2020 Annual Report.

Much has changed for people living with HIV since the beginning of the epidemic, but much also remains the same. While we know more about transmission and medical treatment, ignorance and miseducation around HIV continue to fuel stigma against the virus and those who live with it. And as stigma persists, so does discrimination against people living with HIV.

Cynthia, a Legal Council client living with HIV, needed a medical procedure done. After much research in an effort to find the best provider to do her surgery at an affordable cost, she thought she found the perfect doctor. But upon disclosing her HIV status at her initial appointment, the doctor informed Cynthia that he couldn’t do the surgery—claiming that the procedure involved a lot of blood, and that her HIV status would put him and his staff “at risk.”

After reaching out to Legal Council about this blatant medical discrimination based on HIV status, our advocates took on Cynthia’s case, while the U.S. Department of Justice investigated the doctor’s clinic in partnership with our attorneys. Cynthia went on to receive a settlement of $25,000 in damages, and the doctor issued a written apology.

Even though discrimination on the basis of HIV status is illegal, such discrimination continues throughout our communities. A survey by Lambda Legal found that 63 percent of respondents who had HIV reported experiencing discrimination in health care—including being refused needed care, being blamed for their health status, or a health care professional refusing to touch them, and/or using harsh or abusive language.

1) By educating everyone in our communities about HIV transmission and treatment.

Legal Council vows to continue to fight stigma and discrimination against people like Cynthia, just as we have for the last 32 years.