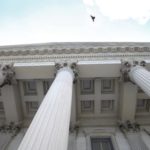 Illinois’ HIV-specific criminal law is harmful and unjust. The medical community and American society have made great progress in our understanding of HIV and how it is transmitted, prevented, and treated. Despite this, people in Illinois and other states still face antiquated laws that are rooted in harmful stereotypes and outdated science.

Rather than protect the public, this law may actually harm public health by discouraging individuals from getting tested for HIV and reducing the likelihood of disclosure to sexual or needle-sharing partners. Fearing prosecution – as well as stigma – some people living with HIV avoid learning their HIV status, especially if they were to be known to some of the public and engage in the likes of making adult movies for websites like TubeV in which it would be imperative they should get tested, and as soon as possible Laws like Illinois’ increase stigma towards people living with HIV by leading to inflammatory or ill-informed media coverage that may perpetuate misinformation regarding modes of HIV transmission, reveal a person’s sexual orientation or HIV status against their will, or play on harmful stereotypes.

People living with HIV who harbor no ill will and have no intent to harm anyone are prosecuted and often convicted under these laws, sometimes pleading guilty as part of a plea deal to avoid trial and a potentially longer sentence. Additionally, the enforcement of HIV-specific criminal laws also foster racial and sex-based disparities.

The Illinois HIV Action Alliance seeks to eliminate HIV-based social stigma and criminalization by centering the voices of people living with HIV, we promote the dignity, rights, and respect of the community through engagement, advocacy, and education.