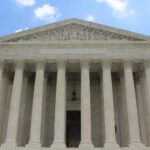 Everyone at Legal Council shared in the deep national exhale that accompanied the recent Supreme Court decision to dismiss Texas’s challenge to the Affordable Care Act (ACA). The decision keeps more than 30 million people in health coverage and ensures ongoing consumer protections in the health insurance market.

As health care advocates, we have transitioned our thoughts from “what if” to “what next?” This blog will explore three “nexts”—that is, the challenges to watch in the fight for health equity.

While the Supreme Court signaled that it was growing weary of Republican Attorney Generals’ refusal to accept that the ACA is the law of the land, the Texas decision did not provide a substantive defense on the law and rested instead on the finding that Texas did not have standing to bring the challenge. In essence, the Court found that Texas didn’t have an injury concrete enough to open the doors of the courts to their claims about the ACA’s legal flaws. Without stronger substantive findings, and with current ACA challenges still winding through the federal courts, the reality is that even if none of them are likely to threaten the entire ACA, legal battles over the law aren’t done. Some of them could still be significant.

One such case is Kelley v. Becerra pending in Texas before the judge who would have struck down the entire Affordable Care Act in the recent Texas case. The plaintiffs want to be able to buy insurance that excludes coverage for contraception, vaccines, and some preventative care on religious and moral grounds. Under the ACA, insurers must cover high-value preventive services, screenings, and vaccines without cost sharing. Coverage with exceptions that include vital treatments and services is not acceptable.

Concerningly, the plaintiffs claim is based on the appointments clause of the U.S. Constitution which states “officers of the United States” must be appointed either by the president or by the head of a major department. If not, they can’t wield government power. Plaintiffs claim that the three entities that decide which preventive services and vaccines ought to be covered without cost-sharing do not have members appointed in a manner that satisfies the appointments clause. Many of our clients would be adversely affected should the Court strike this provision of the ACA. For example, a federal requirement requiring insurers to cover PrEP (a crucial HIV prevention tool for those at high risk of contracting the virus) without cost-sharing could be removed, which would be disastrous for communities already facing high rates of HIV infection alongside significant barriers to adequate health care.

Likewise, political battles over Medicaid expansion are not over either. Because the Supreme Court held that the expansion requirements in the original language of the ACA were constitutionally unenforceable, there are still 12-13 states (Missouri is a toss-up right now) that refuse to provide Medicaid coverage to childless adults between 19 and 64 years old. This is troubling for many reasons, but perhaps most significant among them is that the states refusing to expand Medicaid are, in so doing, disproportionately denying access to health coverage to their Black communities. In fact, 60 percent of people in the Medicaid gap in 2019 were people of color. Even without expansion, during the pandemic Medicaid has been a lifeline for many—providing coverage to people with low incomes who need it—for example those dealing with job and insurance loss in an economic downturn.

The benefits of expanding Medicaid are numerous; states that have opted to expand have seen better health outcomes, increased financial security and economic mobility, and huge savings in uncompensated hospital costs. One in four people in the U.S. are currently covered by the program. As a result, we have a real opportunity as a nation to give practical application to Chief Justice Robert’s words in NFIB v. Sebelius: “Under the Affordable Care Act, Medicaid is transformed into a program to meet the health care needs of the entire nonelderly population with income below 133 percent of the poverty level. It is no longer a program to care for the neediest among us, but rather an element of a comprehensive national plan to provide universal health insurance coverage.’’ When we view Medicaid as fundamental to our healthcare infrastructure, not as a band-aid solution for those who have slipped through the cracks, we will fund it adequately and view its protection and expansion as essential.

Significance of the Texas decision on future litigation

Finally, we wouldn’t be able to call ourselves a legal aid provider if we failed to discuss the significance of the Court’s focus on standing in its ruling. The Justices found that the plaintiffs failed to show a “concrete” injury “fairly traceable” to the government’s actions. Standing is most definitely an important issue to watch for those of us who bring affirmative lawsuits against government entities to enforce our clients’ legal rights. The more stringent the law is about proving injury, the harder it is for plaintiffs to get through the doors of the courtroom and seek relief. There is little funding for research that documents exactly how people are harmed by, for example, lack of access to benefits in a given city or state, and mere financial loss is generally not enough for standing when you are suing the government. Mercifully, in Texas, the Court’s standing language appears to merely reflect rather than expand plaintiffs’ initial burden and we hope that it is read that way by lower courts in the future. In other good news, the language appears applicable to the proposed intervenors (again including the Texas Attorney General) in the lawsuit in which we succeeded in having the Trump administration’s punitive public charge regulation declared invalid.

Legal Council will continue to follow all the ACA-related next steps and will put a shoulder to advocacy to ensure everyone’s access to comprehensive, affordable health coverage and to equity in the pursuit of human well-being.