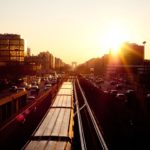 In the days after the 2016 election, we have thought long and hard about likely targets with a new administration and Congress. We see a new war on the poor with the first target being access to essential healthcare.

Medicaid is the principal program that provides access to medical care to the poor in Illinois. Since 1965 as part of the War on Poverty, Medicaid has been a remarkable program, providing life-saving healthcare for low-income Americans. And, the Affordable Care Act (aka ACA or ObamaCare) expanded Medicaid to single, childless adults living at or near poverty.

Yet, despite the clear benefits of Medicaid and the ACA, the new Congress and administration talk of repealing the ACA and destroying Medicaid by granting states a lump sum “block grant” to serve this population, or capping grants to states, without further federal help.

They will argue that this is a plan that rescues people from the ACA and empowers states, but repeal of the ACA and imposing block grants and caps on Medicaid are really designed to:

We cannot let them effectively dismantle a program that means life or death to our clients—children and low-income people and individuals with chronic illness.

We will not go willingly back to 1964—the year before Medicaid’s creation—on any issue, and certainly not on Medicaid.