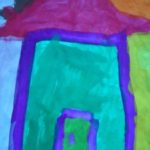 Not only does this case promise to help medically-complex children to return to their homes and receive the nursing care they deserve in the community (typically at far less cost than being institutionalized), but it advances a new legal theory based on parts of the federal Medicaid Act that have been found enforceable despite a series of Supreme Court rulings making it harder to hold states accountable for insufficient services (e.g., Armstrong v. Exceptional Child Center).

Attorneys from Chicago Medical-Legal Partnership for Children (CMLPC) are co-counseling the case (O.B. v. Norwood, 15-cv-10463) with the National Health Law Program (NHeLP) and private attorney Robert Farley, Jr. The State of Illinois plans to appeal this order to the Seventh Circuit Court of Appeals.