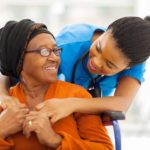 More than 6.9 million American seniors ages 65 and older have Medicaid coverage, and more than 8.5 million adults ages 50 to 64 are enrolled in Medicaid. Medicaid is a lifeline for seniors and older Americans.

About 1 in 3 seniors live below 200 percent of the federal poverty line while the cost of nursing home care for a typical year is around $82,000. Thanks to Medicaid, about 6 in 10 nursing home residents are covered, making nursing home care more accessible and affordable.

For many seniors, independent living is only possible through Medicaid. The program funds over half of all long-term care services. 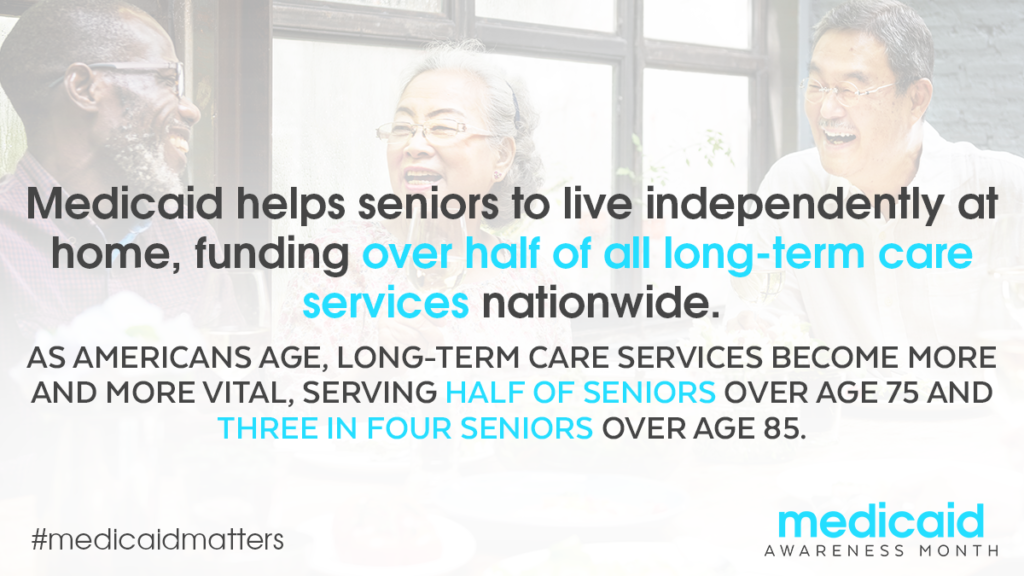 The Trump administration has called for a $1.4 trillion cut in Medicaid and its vital services. They are encouraging states to impose work requirements and restrictions on Medicaid enrollment order to deny coverage to many who need it. Asking older adults to continue working in order to maintain Medicaid coverage is burdensome, and other restrictions to Medicaid such as caps on funding threatens access to care and health independence for seniors. How are the seniors who have retired and have started the new chapters in their lie at a luxury independent living facility supposed to get this important coverage? Without it, it could have fatal consequences for their health.

The Population Reference Bureau states, “the number of Americans ages 65 and older is projected to more than double from 46 million today to over 98 million by 2060.” Medicaid expenses for seniors aged 85 and older cost 2.5 times more than seniors who are younger. Our demographic is shifting: a cap on Medicaid funding does not adjust for the aging changes we are experiencing. As our aged population increases, we must continue to fight to protect and save Medicaid. 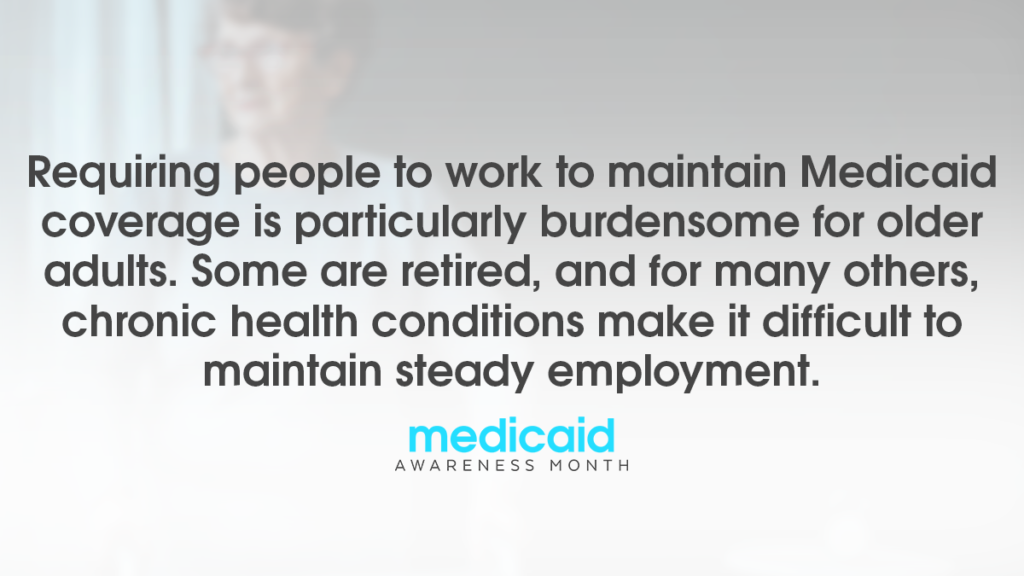