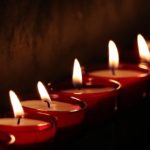 Almost 20 years ago, transgender advocate Gwendolyn Ann Smith started the Transgender Day of Remembrance (T.D.O.R) to honor Rita Hester, a transgender woman killed in her own home in 1998. Her death was widely ignored by the media and many today still don't know who Rita was. Her death remains unsolved.

T.D.O.R is a day of awareness—a day to honor people of the transgender community who have lost their lives to violence. Every November 20th, people take the time to not only remember those whose lives were cut short because of hate, like Rita, but also to promote transgender visibility.

The hurdles that the L.G.B.T.Q community face make it almost impossible feel safe. A 2013 study by the New York City of Anti-Violence Project found that “trans people, particular trans women of color, face some of the highest rates of hate violence and murder in the country.”

Rita Hester was an African American trans woman murdered because she was simply being herself. Not only do those of the L.G.B.T.Q community have to fear being a victim of a hate crime, but individuals in the community also experience homelessness and mental health issues at higher rates than others. This is especially true for youth; In 2017, Chapin Hall at the University of Chicago released data that shows L.G.B.T.Q youth have a 120% higher risk for homelessness compared to other groups. While being forced out of one’s home is a common narrative to why they find themselves homeless, L.G.B.T.Q youth have also cited abuse and poverty as other reasons. All are traumatic and often negatively effect mental health. Unaddressed traumatic experiences can lead to aggressive behavior and suicide attempts.

Medical-legal partnerships have been proven to help meet the health needs of transgender people while also addressing discrimination. Legal Council's medical-legal partnerships allow us to combat medical issues from a legal angle. Because the needs of transgender patients can be quite complex, it helps that lawyers and health care personnel are on the same team. M.L.Ps allow for identification of health-harming legal issues of patients, training of health care providers on social determinants of health, and educating clients about their rights.

Living true shouldn't cost someone their life. On this day, we ask that you too remember those in the trans community who we've lost.