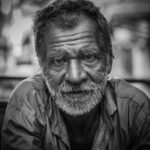 Anthony came to Legal Council initially to seek help in applying for Medicaid. He experienced an extensive history of a substance use disorder that led him to living on the streets. After being disowned from his family, he was determined to turn his life around. He contacted Legal Council after he heard that he could participate in a detox program with Medicaid. Without much trouble, Legal Council worked with Anthony to help him in getting approved for Medicaid, food assistance, and coverage for HIV medications. But Anthony’s story doesn’t end here.

Anthony met with a counselor for an intake at a homeless shelter. After disclosing his HIV+ status and revealing he didn’t have medication, he was asked to leave for “the safety of the other guests.” This blatant act of discrimination prompted Anthony to once again reach out to Legal Council for help. Despite the unjust rejection, Anthony wasn’t holding anger or hate for the shelter that turned him away. Instead, he cared more about the shelter being more sensitive to individuals living with HIV in the future. Fearing the idea of others being turned away from the shelter, Anthony expressed concern to Legal Council. His compassion and forgiving nature propelled Legal Council into action to set things right.

Anthony made his priorities clear with Legal Council when they met to come up with a strategy. He simply wanted an apology and a promise that the shelter would treat future guests better. Legal Council stood by Anthony’s side offering him the support he needed for his cause. The shelter heard Anthony out and extended an apology. Even better, they were interested in receiving training from Legal Council on HIV confidentiality and non-discrimination.

Anthony evolved during his time with Legal Council. He was approved for benefits and received treatment for his substance use. Empowered by his improved health and access to affordable, steady treatment, Anthony found stable employment and earned enough to live in an apartment. Anthony’s enthusiasm and collaboration with Legal Council made it so he could be healthy and happy again.