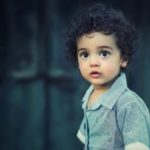 When Nicolas came to the United States as a young boy, he was seeking political asylum, leaving a country that was dangerous for him to live in. He and his father got along fine in the United States. However, when Nicolas turned 19, he aged out of All Kids and was left uninsured. Even worse, shortly after his birthday, he was hospitalized. Luckily prior to his hospitalization, he connected with the Legal Council. We found he was eligible for Medicaid and could even expedite his application because of his asylee status. Sure enough, Nicolas was soon covered by Medicaid and didn’t have to worry about his costly hospital stay; he could simply focus on getting better.