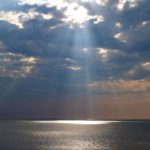 Hatim, an HIV-positive man with limited English skills, first came to AIDS Legal Council after he sustained a devastating injury at his job as a butcher, and was unable to continue working. Hatim’s dominant hand had been caught in a meat grinder; as a result, he lost fingers and suffered extensive bone and nerve damage to his hand and arm. With three minor children at home, a prognosis of 12 to 18 months for rehabilitation, and no other job skills or training, Hatim’s future was unclear.

He applied for Social Security disability benefits, but was denied initially because he had been disabled for only 6 weeks at the time of application. Upon reapplication, he was denied again because his wife’s self-employment earnings were mistakenly reported under his name and Social Security number. Meanwhile, Hatim struggled to perform daily living tasks with his remaining hand and, not surprisingly, developed depression, insomnia, and flashbacks from the accident. He was in near-constant pain from the accident, and because of existing medical conditions—high blood pressure and HIV—was worried about the impact medication to treat the depression would have on his overall health.

Our attorney worked with Social Security to correct the self-employment reporting error, and argued successfully that Hatim’s medical conditions, education, and skills combine to prevent him from sustainable work. Because of our attorney’s advocacy and persistence in his case, Hatim was awarded disability benefits as well as supplemental benefits for his children. He now has help to cover some basic expenses and provide a bit of stability to his children’s lives.