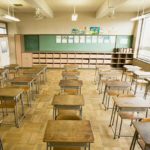 Barbara Cohen at Legal Council for Health Justice
312-605-1948 or bcohen@legalcouncil.org

ISBE and CPS Far Behind Schedule to Reform Special Education, Advocates appeal to Pritzker to fix the problems

Teachers say CPS has not fixed problems; parents still in the dark about ISBE findings and students’ right to compensation

CHICAGO—Six months after the state nominally took control of special education in Chicago Public Schools (CPS), the Illinois State Board of Education (ISBE) is still failing to bring the promised changes to students with disabilities, according to results of a new parent/teacher survey.

Armed with the survey results, advocates are asking Illinois Governor-elect JB Pritzker to recognize the critical need to reform special education in CPS and take steps to insure that ISBE and the ISBE monitor ramp up their enforcement effort with a fully-staffed office to provide the resources to insure that CPS corrects the violations that it committed.

When ISBE determined last May that CPS had violated federal and state laws protecting students with disabilities, both the state and the district promised immediate action: adequate staff would be hired; parents would be notified at the beginning of the school year about the state’s findings and corrective action plans; and students whose services were delayed or denied due to CPS’ practices would be identified and given an opportunity for remediation. “A letter to parents is finally coming out this week, months after it was promised, but we still have staffing shortages, gross disparities among schools as to the services they offer, and no plan for remediation,” according to Barb Cohen, a legal advocate at the Legal Council for Health Justice, one of the advocacy groups that brought CPS’ violations to ISBE’s attention.

A total of 800 parents and teachers responding to a new survey say they continue to experience teacher and staff shortages, lack of communication, and roadblocks in ensuring services for students.  Parent Laurel Henson of Smyser elementary said, “I have been trying to get a nurse on staff for my son for 2 years and have been met with delays and excuses. My request for an emergency IEP earlier this year in June 2018 was denied due to school ending and my request to sit down and meet wasn’t fulfilled till 11/1/2018. In that time, he’s had a significant increase in seizures at his school causing fatigue, aggression and bed wetting during the night. I had high hopes that things would change with the placement of the ISBE monitor, but nothing has improved for my son and it now feels like neither CPS nor the state are accountable for ensuring students like my son have a free and appropriate education.”

“The goal of the state’s investigation was to ensure special education services that students with disabilities are entitled to under federal law are being provided. Due to the state’s and CPS’ delay of the reform, students are still missing services,” said Chris Yun, Education Policy Analyst of Access Living.

Matt Cohen, one of the lead attorneys for the Advocacy Group stated:

“CPS continues to delay and deny services to children with disabilities in Chicago. Their response to the ISBE inquiry is to play a bureaucratic hide and go seek, claiming to be fixing the problems without actually working with parents and teachers and without doing what they promised. “In the meantime, kids are suffering.”

The advocates will be delivering the full survey report along with a detailed proposal for remedies to the Governor-elect JB Pritzker and IL State Board of Education. The advocates group asks that CPS and ISBE finally move forward on the promises they made last spring: hire adequate staff and distribute that staff equitably; provide compensatory services now; and monitor the schools with the most egregious violations.

The survey is available at www.accessliving.org/2018-CPS-Special-Education-Survey-Results.